Daughters of the Vote

Women have a 20% higher risk of being the victim of violence than men, with young women age 15-34 being the most at risk. Indigenous and LGBTQ* individuals experience rates of violence at up to three times higher.

As young women, Daughters of the Vote delegates have identified gender based violence as an area where change is needed. From coast to coast to coast, they have been working together, collaborating with decision-makers and political leaders and working with survivors on the front line.

Meet the Network Leaders selected by Equal Voice to capture the experience and expertise of Daughters of the Vote and facilitate networks that will help these young women make change in the area of Gender Based Violence.

Alana is a second year Juris Doctor student at Osgoode Hall Law School, where she is studying the intersection of law on women’s rights and interests. She is the founder of several anti-violence organizations and initiatives, including Justice for Women in Manitoba, a Sexual Violence Resource Centre, and a series of Consent Culture workshops for student leaders. During the Daughters of the Vote, Alana testified to the House of Commons’ Standing Committee on the Status of Women about her personal experiences advocating for increased safety for women, and the work that remains to be done. 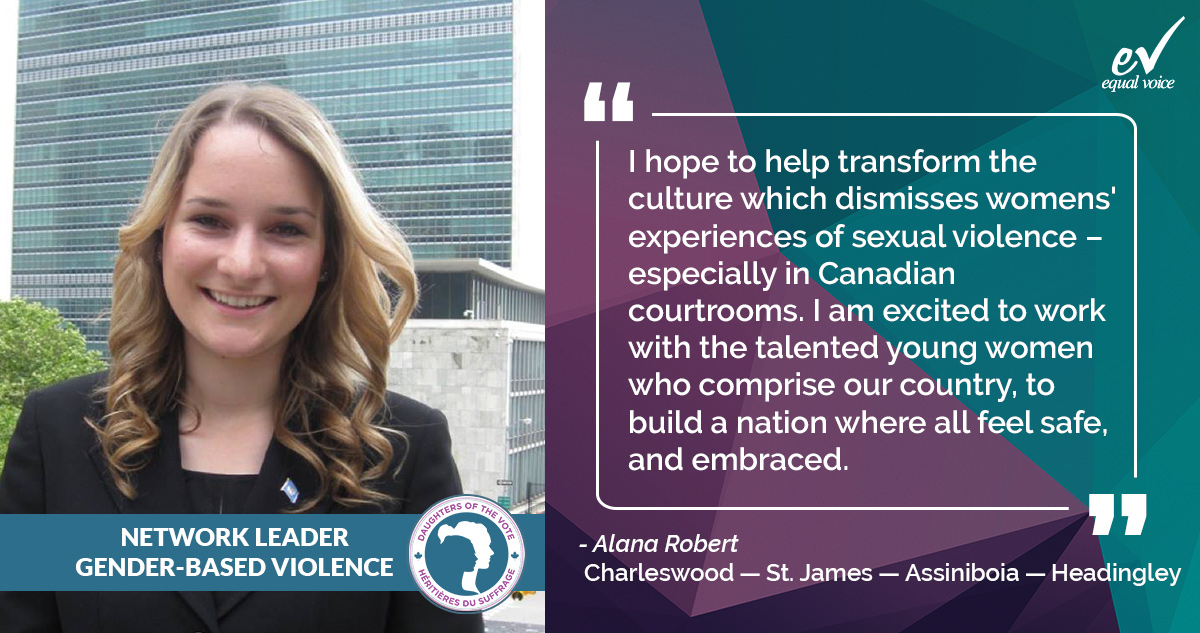 Mélanie is currently doing her master’s in Art Therapy at the Université du Québec en Abitibi-Témiscamingue and holds two bachelor’s degrees from the Université de Sherbrooke. She heads a movement called “Québec contre les violences sexuelles” which successfully petitioned the Québec government to unanimously adopt a motion against rape culture and commit to creating umbrella legislation for post-secondary institutions. She is on the Board of Directors for the Centre d’aide et de lutte contre les agressions sexuelles – Agression Estrie and is active with the Bureau de coopération interuniversitaire. She has also played a key role on numerous high-profile campaigns against sexual violence, including « Alcool ≠ Consentement ». Melanie also takes on public speaking engagements in Canada and around the world. 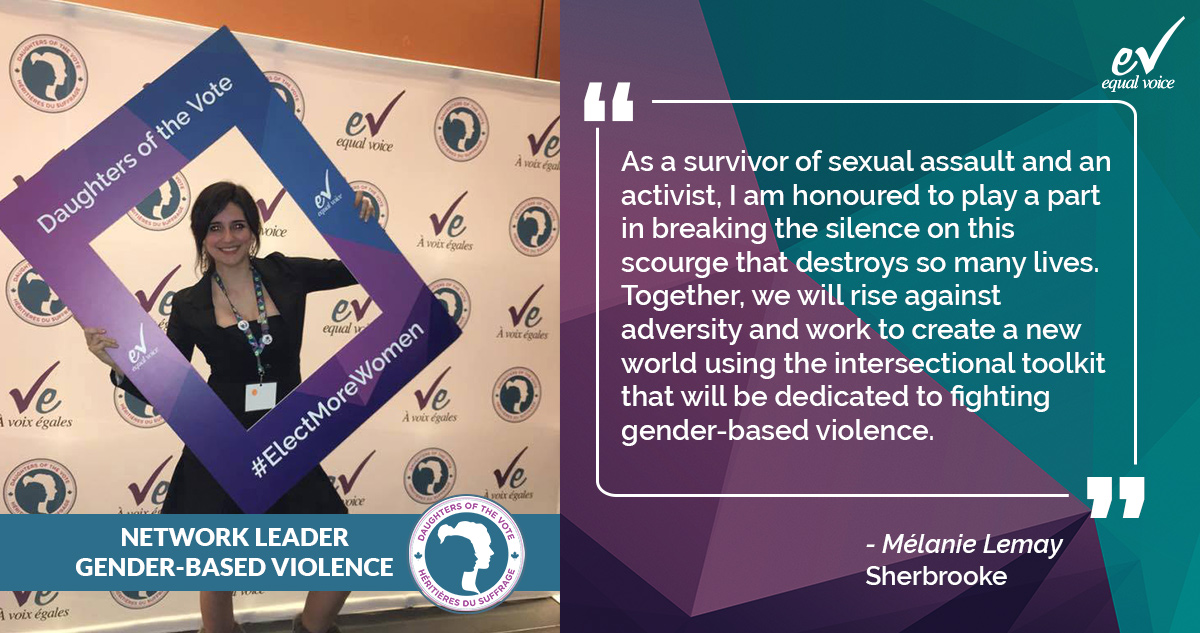