Daughters of the Vote

Women make up just 27% of federal Members of Parliament and between 9%, (Nunavut) and 39% (British Columbia) of legislators at the provincial and territorial level. Women are also under-represented in STEM (science, technology, engineering, and math) and, according to Statistics Canada, continue to face a wage gap.

Equal Voice and the Daughters of the Vote are committed to electing more women from all parties to all office across Canada. Delegates from across the country are already working towards change that will benefit young women across Canada.

Equal Voice has selected two Network Leaders to capture the experience and expertise of Daughters of the Vote and facilitate networks and relationships that will help young women make change.

Sarah is studying a Masters of Public Administration at Queen’s University with a focus on women’s issues. She is the Vice President of Policy for the Acadia Young Liberals, a member of her Member of Parliament’s Executive Committee, and has been engaged in a number of political campaigns and organizations. Sarah also has extensive policy and program leadership experience in the areas of gender based violence and not-for-profit operations. 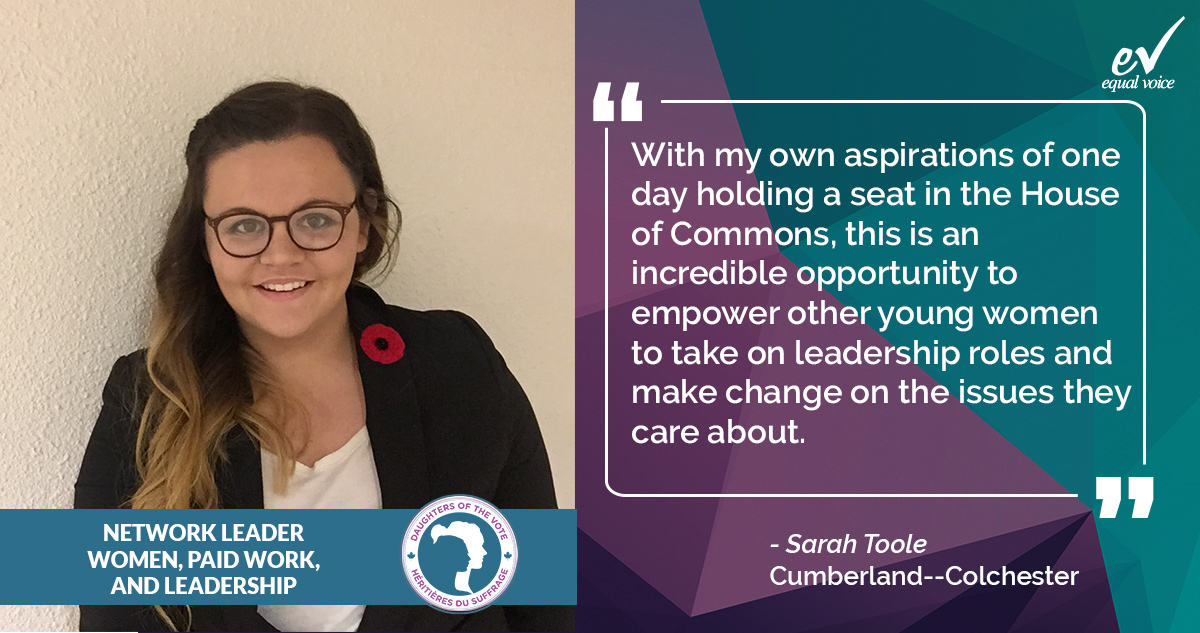 ​Elinor has an educational background in gender and policy and is currently pursuing a Master’s degree in Women, Peace and Security at the London School of Economics. As part of her thesis, she will study how women participate in peace building processes and the intersections of humanitarian law and gender. Elinor has worked for the Government of Canada, Canadian Red Cross, and the Greater Vancouver Board of Trade where she coordinated the Women's Leadership Circle, one of B.C.'s most recognized leadership development programs for women. In this role she helped organize the We for She conference, after which she shared the key lessons with the Status of Women Committee in Ottawa during Daughters of the Vote. 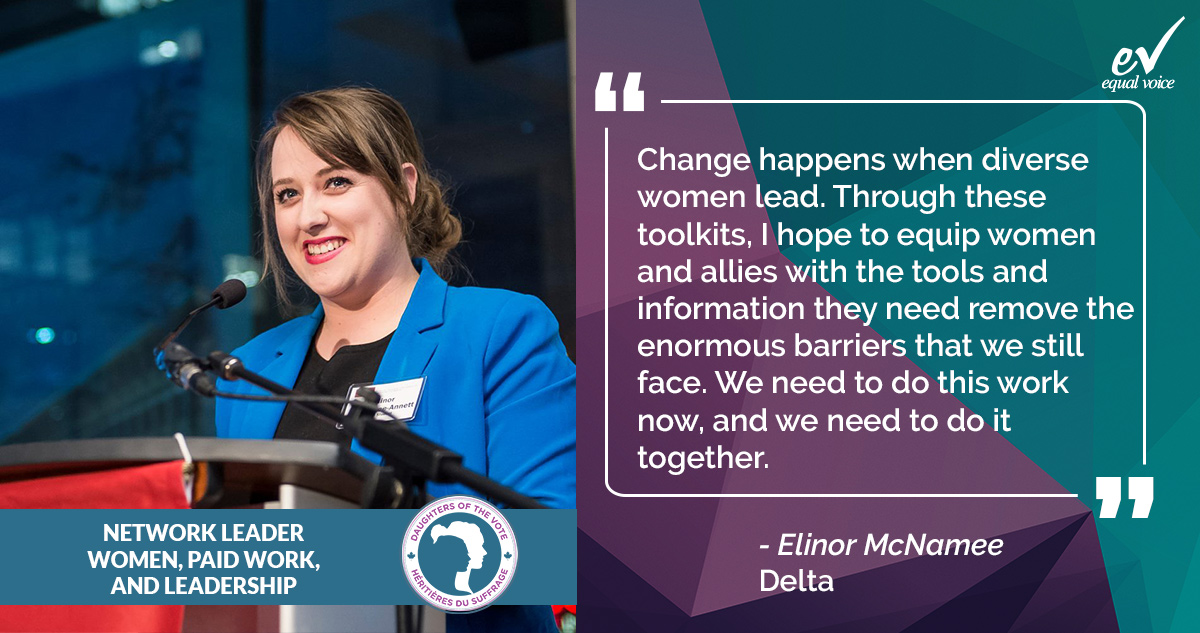